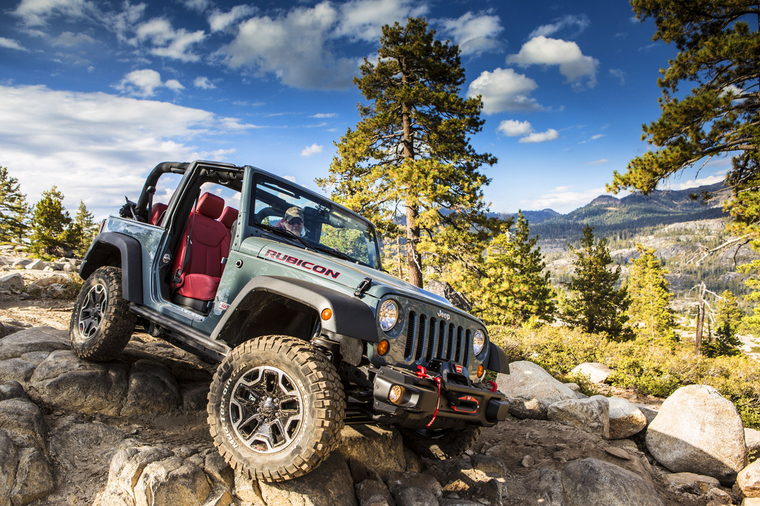 Just got the following a press release from Chrysler. It’s aways great to see Jeep doing so well – Go JEEP!!

Jeep® Brand
Jeep brand sales were down 3 percent in November due to the end of Jeep Liberty production in August and some lingering effects of Hurricane Sandy on Chrysler Group dealerships in the Northeast, one of the Jeep brand’s strongest markets. The Jeep Wrangler set a sales record for the month of November with its 12 percent sales gain. For the third consecutive year, the Wrangler has been named Best Resale Value in its class by Kelley Blue Book’s kbb.com. The Wrangler also landed on kbb.com’s Top 10 list for the second year in a row. These prestigious awards honor vehicles expected to maintain the greatest proportion of their original list price after five years of ownership. November was the eighth month this year in which the Wrangler has set a sales record, including an all-time sales record in June.

The Jeep Grand Cherokee – the most awarded SUV ever – had its best November sales since 2005. The Grand Cherokee posted sales of 13,619 units, the model’s second best sales month this year. Sales of the Jeep Patriot, designed to appeal to compact-SUV buyers who want traditional Jeep styling with best-in-class off-road capability at an affordable price, were up 4 percent, the model’s best November in five years. The Jeep brand introduced the new 2013 Jeep Patriot Freedom Edition in November. It joins the previously announced Wrangler Freedom Edition as a tribute to United States military members past and present.

The Jeep brand, to celebrate the 10th anniversary of the wildly popular Jeep Wrangler Rubicon model, also introduced a new, limited-production 2013 Wrangler Rubicon 10th Anniversary Edition at the Los Angeles Auto Show last week. It is the most capable factory-produced Jeep Wrangler ever, packed with equipment that die-hard, off-road enthusiasts love. The Rubicon 10th Anniversary edition will arrive in showrooms in the spring of 2013. 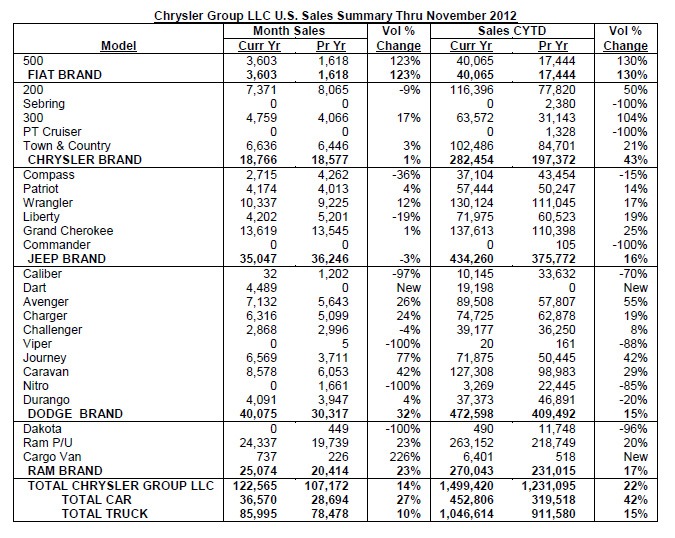