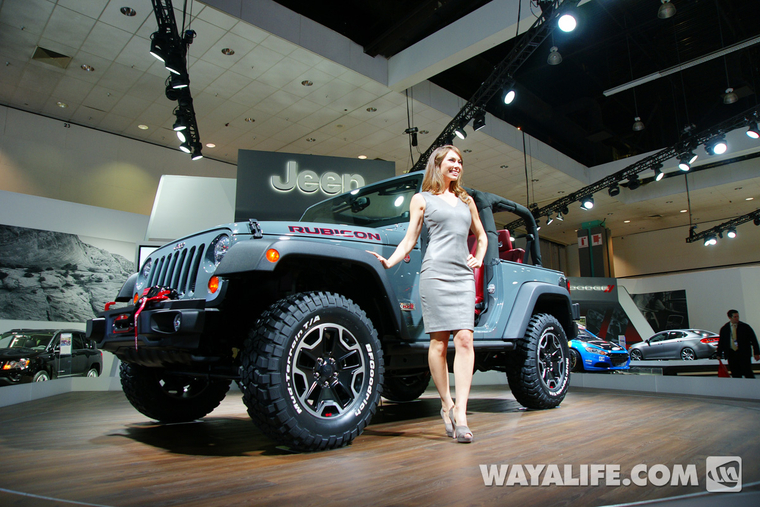 If there was one Jeep we were hoping to see at the 2012 LA Auto Show, it was the all new 2013 Anvil 10th Anniversary Edition JK Wrangler Rubicon. Fortunately for use, it was in fact there and in the hot new color Anvil. For those of you who want to know what this color is really like, what I can tell you is that it reminds me a lot of the Nukizer Trashcan Gray…. but, not exactly. It also kind of looks like the FC Blue… but not exactly. I’m not sure if it was the lighting or what but, sometimes it looks more gray and others times it looked more bluish. Anyway, here are a bunch of pics that we took of it.