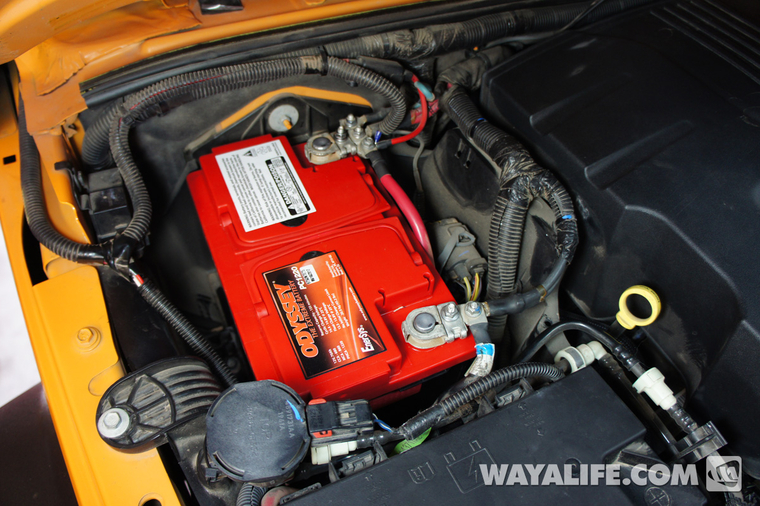 In 2012, Chrysler decided to switch out the standard Group 34 battery they had been using since 2007 and replaced it with a Group 91. For the most part, this would be no big deal as they are pretty much the same thing but, there is one key difference that makes it difficult to use a Group 34 and, that is the terminals are on opposite sides. Because the power and ground leads are cut to such an exact length, you can’t simply cross them over and call it a day. Of course, to complicate things even more, a Group 91 battery isn’t really a common size and certainly not one you can find easily in a deep cycle format or, at least not until now.

As luck would have it, Odyssey offers an Extreme Series Battery PC1220 which is offered in a Group 48 size (a Group 91 equivalent) is really the best battery you can get bar none. In this write-up, you get to see just how east it is to install one in your 2012 or newer JK.