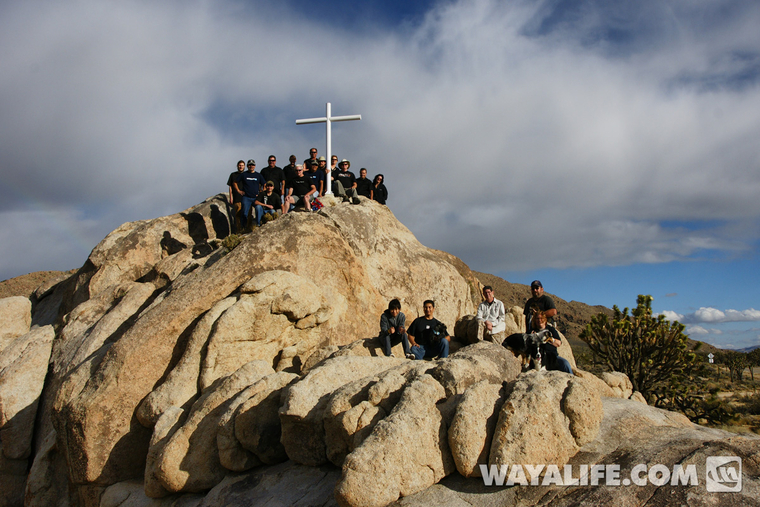 Back in 1934, a cross was errected high on top of a rocky outcrop out in the middle of the Mojave Desert to serve as a memorial to those who died in WWI. For the last 13 years, this cross had become a source of controversy and litigation and was eventually stollen back in 2010 after the Supreme Court determined that it could remain standing. Thanks to a lot of hard work and the dedication of those who fought for its existance, the National Parks Service eventually paid to have the land the cross sat on sectioned off, signs put in place to indicate this was private property and established a plaque to identify it as an official war memorial. On Veterans Day 2012, the 1-acre parcel was officially commemorated as a war memorial and handed over to the VFW. Last weekend, 12 Jeeps including our own went out to visit this memorial and, here are some photos from our trip. I hope you enjoy.