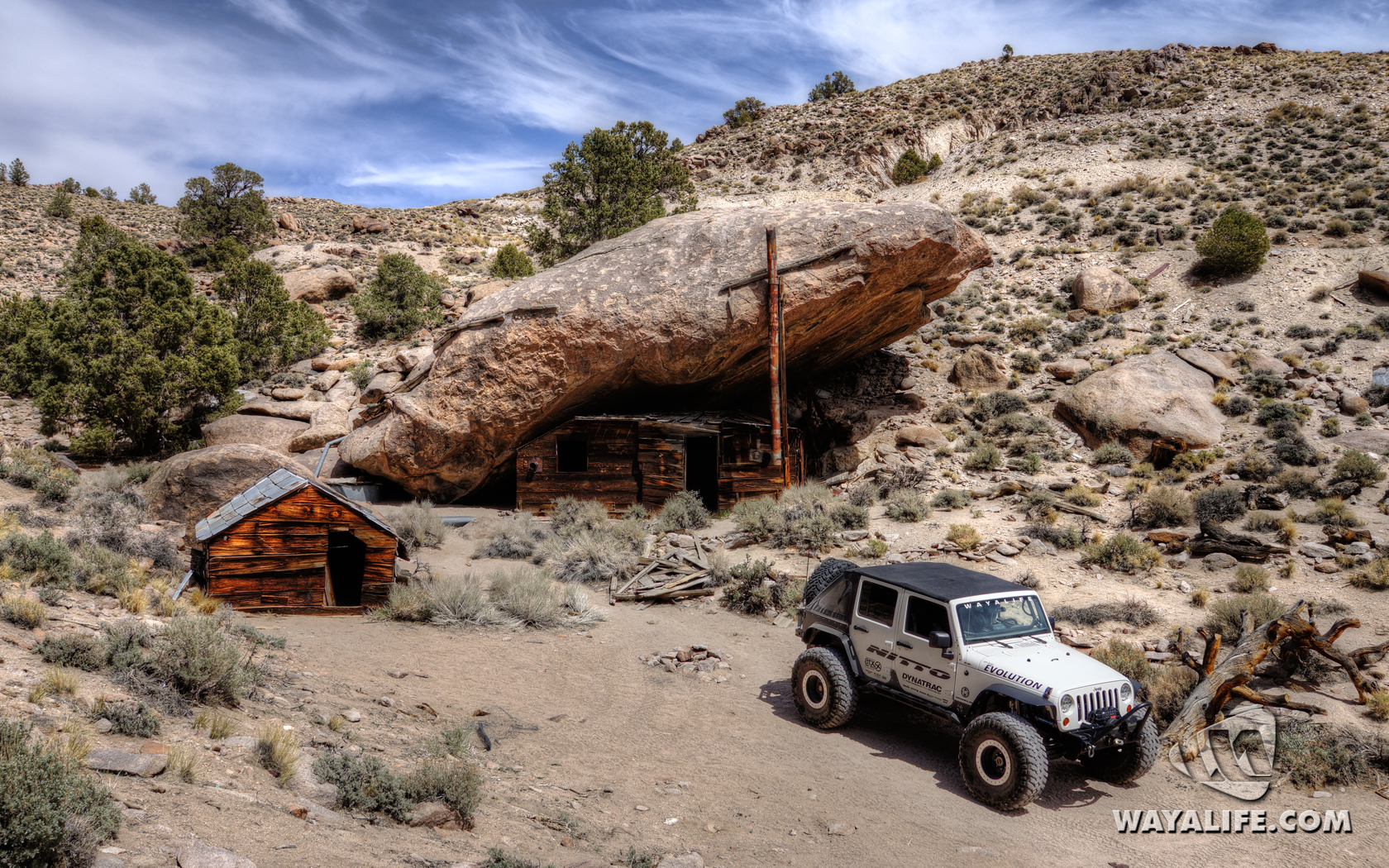 In a remote corner of the Northern Nevada Desert and high up on a mountain ridge, there lies a cabin built underneath an enormous rock and for those who know about it, it is known to them as Bass Camp. While there are a lot of stories regarding this amazing destination including one suggesting it was some kind of moonshine shack, the most credible information I could dig up indicates that the cabin was in fact built back in the early 1900’s by an Albert Andrew Bass and his wife Anna. The two were miners who moved into the area prospecting for gold and silver and worked the surrounding claims for about 20 years until she died in 1930 and he following her in 1934. About a year after the end of World War II, a miner by the name of Roy Ladd took over and worked the claims for about a year and from what I understand, there may have even been one other individual who worked it for a bit thereafter. Today, this cabin under a rock and adjoining structures stand as a testament to the early miners who came out west, lived in inhospitable places like this and pecked out a living digging in the ground.

For those of you who are interested in seeing this place, I am sorry to say that I will not give out directions to it. The location is purposefully kept a secret by locals to help prevent vandals from destroying it. What I can show you are photos that we took of it from a recent trip that Cindy and I made out to it and I hope you will enjoy them.

BASS CAMP : A Miners Life Lived Under a Rock