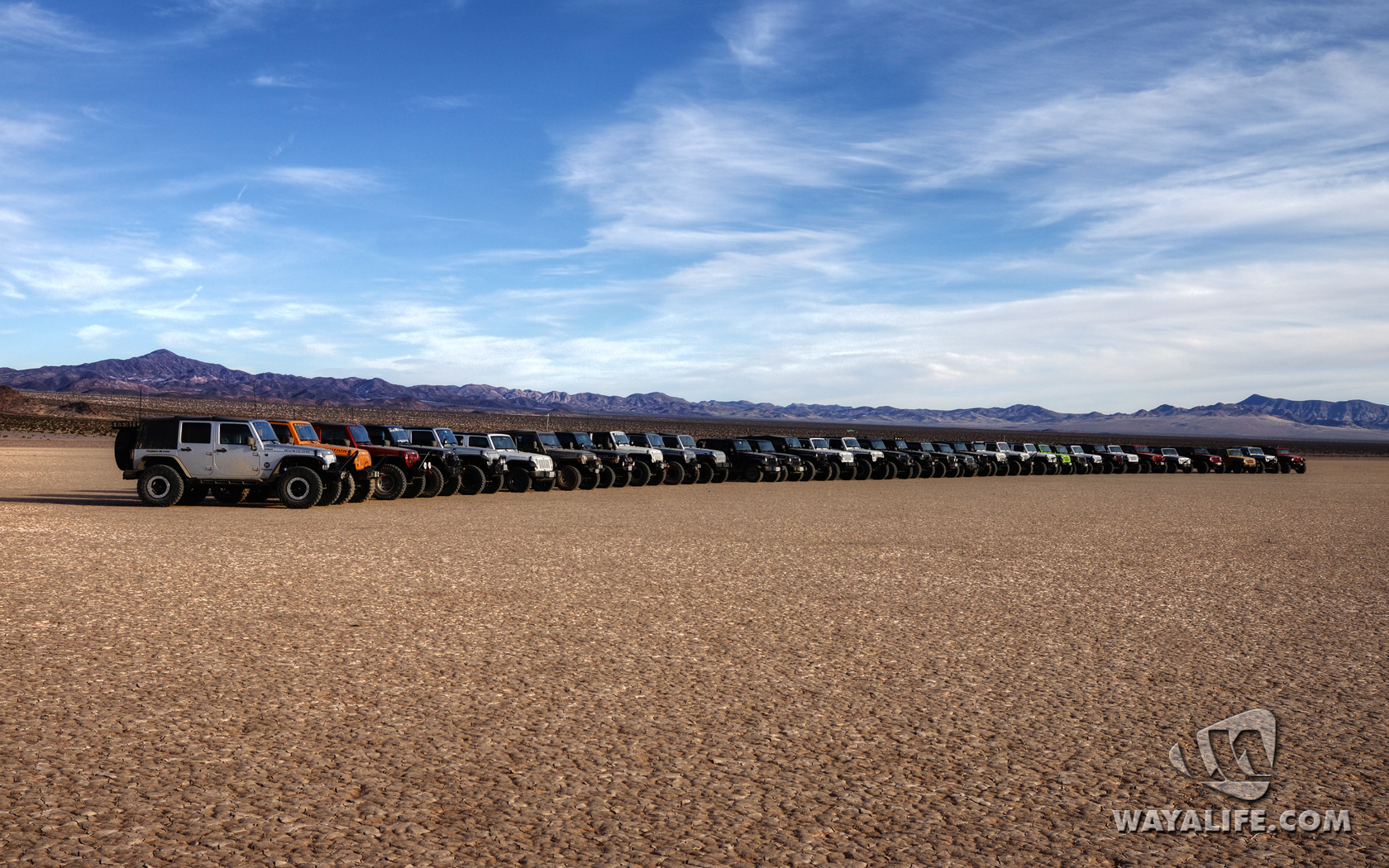 There are few ways I can think of to kick off a new year than to head out into the Mojave Desert with all our good friends here on WAYALIFE! Although we did do this a week later than we had hoped, our first group run for 2014 would be one out to an area known as Crucero. This is a trip that starts off in Afton Canyon, heads east to the old town site of Crucero, turns south toward the Mesquite Hills and then crosses over the Broadwell Dry Lake before hooking back to pavement in the town of Ludlow. Along the way, we got ford two deep water crossings, took a hike up Spooky Canyon, paid our respects at a gravesite belonging to Delores Holland, attempted to decipher petroglyphs left behind by ancient inhabitants and paid a visit to the mysterious Mojave Megaphone. Click on the link below to see a few shots that we took along the way. I hope you enjoy them.