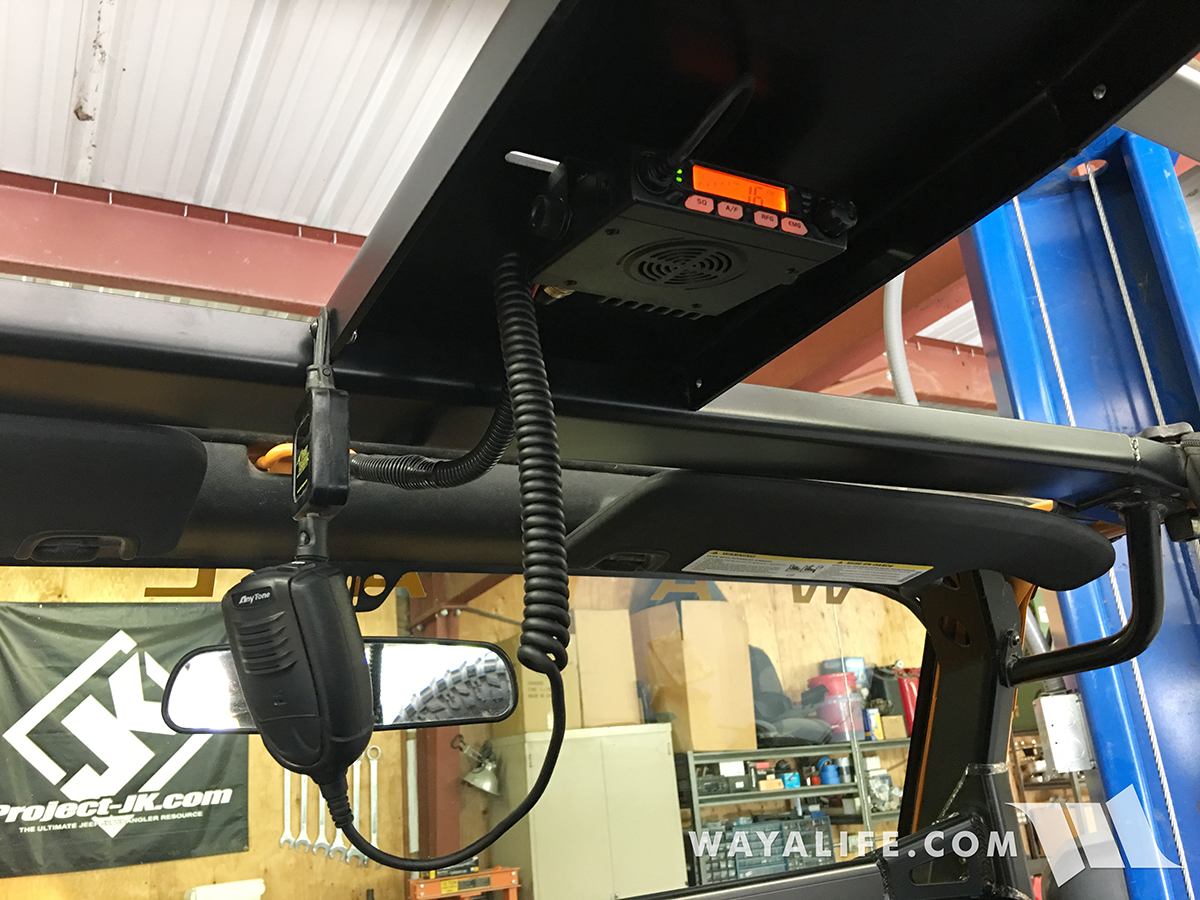 It’s been about 2 months since I first installed our new AnyTone CB Radio and now that I’ve had a chance to really test it out, I thought I would provide some feedback to those who might be interested.

First off, I am still really happy with how small this CB radio is. It’s super compact size and relative light weight makes it easy to install just about anywhere and in any rig. While something like a Cobra 75 also has a small footprint, the larger speaker on the AnyTone provides a higher quality and louder sound. I also like the fact that unlike the Cobra 75, it does have an RF gain and that helps to make adjustments to what you hear as well.

With that said, here are a few things that I’ve found to be an issue for me. While the speaker is bigger and does sound better than a Cobra 75, it’s still nowhere as good as an old school Cobra 29. This really isn’t a problem if you’re running full doors and a hard top but with half doors and soft uppers, it can be difficult to impossible to hear what’s being said at highway speeds, especially if it’s windy. Fortunately, the AnyTone does have a port for an external speaker and that will address this problem.

Another issue I have with the AnyTone is that you can’t dial out renegade static. Essentially, if a weak signal drifts in, it presents itself as loud intermittent blasts of noise which is something that’s common on race radios and what I hate most about them. Sure, you can increase the squelch to mitigate the problem but doing so can leave you out of radio contact with the people you need to talk to. Old school analog CB’s with a good RF gain will allow you to adjust the amount of static you hear like a rheostat and so that you can have it always coming in like a soft white noise. If you know how to use it well, it can even allow you to hear people a lot farther away. While the AnyTone CB does have an RF gain, it’s difficult to use and that leads me to the next issue I have with it.

In order to make adjustments to the squelch or RF gain on the AnyTone CB radio, you have to press a button on the unit itself and then press one of two buttons located on the top of the hand set that is normally used to change channels up and down. While it does work, you have a limited amount of time to make this adjustment before the CB automatically returns back to the “channel” setting. Maybe it’s because of where I have my AnyTone mounted (on the center bar of my EVO Sport Cage) and how I have my handset hanging from a GearKeeper but I have found this process to be somewhat of a challenge while driving. After selecting squelch or RF gain, I have found that on a couple of occasions, I ran out of time to make my up or down adjustment and inadvertently changed the channel I was on instead. Not a super big deal and not a problem when parked but I do feel it needs to be noted.

As far as range goes, Cindy and I tested it using a 2′ Firestik that was able to get tuned to about 1.8 on an SWR. Not the best antenna to do long range testing but we were running the exact same antenna on our other Jeep only connected to a Cobra 29. From our test, we found that the AnyTone broadcast a very clear signal but not as far as we would prefer – maybe about a mile. Again, a longer antenna may have helped here especially if we could get the SWR lower. Receiving was good as well when I had reception and this goes back to the squelch issue. When I had the squelch up high enough, reception was great but as is the case of a race radio, at the cost of having to deal with a lot more renegade static. I know this doesn’t bother a lot of people but it does annoy me.

Overall, I’d have to say that I’m still happy with the AnyTone CB Radio and would still recommend it over a Cobra 75 especially for its size and cost but I’d be lying if I said that performed as well as a good ol’ classic Cobra 29 LTD. I might be even go so far as to say that I would run it over a Cobra 29 LX but again, mainly for its size and cost.

Anyway, I hope this follow-up review was helpful to you. Please let me know if you have any questions.