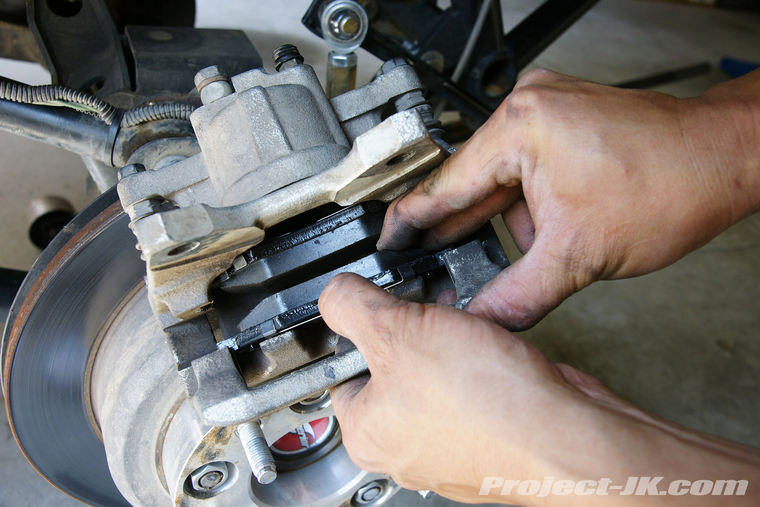 I have been able to get as much as 36,000 miles out of my Jeep JK Wrangler’s rear brake pads but it’s not uncommon to burn through them in as little as 15,000 miles. While I’m sure some of this can be attributed to driving style, a lot of it is also the result of an over active ESP/BAS system. Whatever the case might be, it’s a good idea to give them a look every other tire rotation and have them serviced as needed. Fortunately, this is a job that can be done with a minimal amount of tools or mechanical know how and this write-up will show you what you need to do.